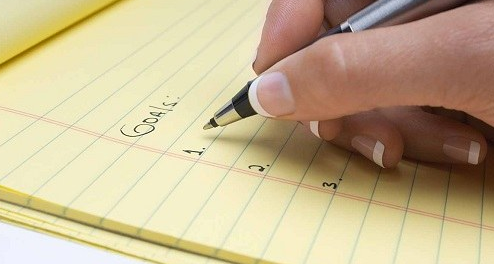 In the Qur’an there is a verse that relates to ethical leaders who ordered to fulfill the mandate of the letter of An-Nisa / 4 verse 58: “Truly, Allah told you to convey the message to those who deserve it, and if you set the laws of men should you set it fairly. Indeed, Allah is the best of the memberipengajaran to you. Indeed, Allah is All-Hearing, All-Seeing. (An-Nisa / 4: 58)

This word is a form of masdar of amina-ya’manu-amn (an), amaanat (an), aman (an), iman (an) ,amanat (an) which lexically means “calm and unafraid. “Even so, the word here is not use as masdar , but as maf’ūl ism (adjective as object) with the notion of “everything that a person entrusted to others with a sense of security.”

Based on the description of the commands contained in the above verses contain the obligation for the faithful in order to fulfill the mandate of its responsibility, either secure a mandate from God or from our fellow human beings.

The definition of trust in Surah an-Nisa: 58 here is a good all commands and prohibitions relating to the world and religious issues that are assigned to man to carry it out. Therefore, all the teachings in the Islamic Shari’a is the mandate.

Among the signs of the Day of Judgment is the loss of trust properties (trustworthy) in human beings. So that human behavior is gradually decaying, until there is no one that emphasizes the nature of trust in interacting with other people.19 If things like this, then life feels dark and Judgment will befall those who do not trust imminent.

The assertion that the three generations of first, the best generations of this people. The virtue of their upbringing is due to the strong influence of the Prophet Muhammad. which makes them the people a good personality. When the life of a believer is close to the period of the prophethood of the Prophet tarbiyah influence will be felt, as well as if their lives further away then the influence tarbiyah he also began to fade.

The other side can be concluded that there is a special significance in these verses, especially for officials in order to fulfill the mandate given to them is power. And the principle of accountability of political power or leadership. The principle means that every person who has a functional position in the political life required obligations as well as possible and that the omission of these responsibilities will result in a loss for himself.

Rasulullah SAW got the mandate of Allah to convey the message of Islam, and the Prophet carrying out the mandate it perfectly. He devotes all its energy to preach and bear all the pain and torture as a consequence of propaganda. This issue is related to the mandate that has been put forward, namely the mandate of the lord in the form of religious duties, obligations imposed by religion; and mandate of fellow human beings, either individual or community mandate.