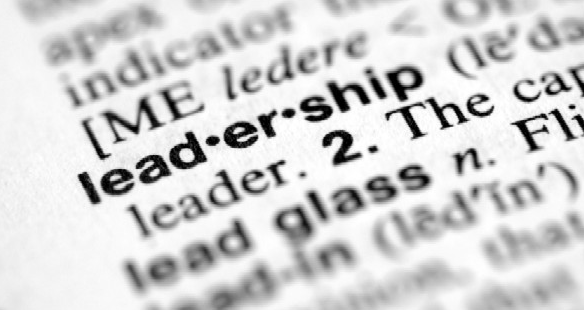 The concept of leadership is related to the original meaning, “lead”. The word “lead” is a word commonly found in ancient languages in Northern Europe (Netherlands, Germany, Anglo Saxon, Norway, Denmark, and Sweden). And it means more or less unchanged until now. The word “lead” means: the trail, road, ship direction, travel.

Leadership is the applied science of social sciences, because the principles and the formulation are expected to bring benefits to human welfare (Moejiono, 2002).

Actually, leadership has different meanings according to different people. This word is a word taken from a general dictionary and incorporated into technical dictionary, a scientific discipline without a properly defined.

Researchers usually define leadership according to individual perspectives and aspects of the phenomenon that most interest them. After a thorough review of leadership, Stogdill concluded that there are almost as many definitions of leadership with a number of people who have tried to define the concept. Some definitions that may be considered adequately represent are as follows: Leadership is the behavior of an individual who led the activities of a group into a goal to be achieved together (shared goal). (Hemhill & Coons, 1957, p. 7) Leadership is interpersonal influence, which is run in a particular situation, and directed through the communication process, toward the achievement of one or more specific purposes. (Tannebaum, Weschler, & Massarik, 1961, P. 24) Leadership is the early establishment and maintenance of structure in expectation and interaction. (Stogdill, 1974, P. 411) Leadership is the process of influencing the activities of an organized group toward goal achievement. (Rauch & Behling, 1984, P. 46)

While in his book, Hadari Nawawi said that a person who leads is called the leader, and its activity is called leadership. The word leadership shows everithing about the lead, including its activities.
In his book Kepemimpinan Pemerintahan di Indonesia, Pamudji argued eleven groups of experts opinion about the leadership that when we talk about leadership in general, then we must first know that leadership is a focus of the group, personality effects, inducing compliance, exercise of influence, act behavior, persuasion, power relations, goal achievement, effects of interaction, differentiated roles and initiation in the group respectively, in a government organization or any private organization.

In defining it, Kimball Young, a professor of sociology classifies them into two, which he distinguished between the leadership and headship. According to him, leadership is a form of domination based on personal abilities that could encourage or invite others to do something, based on acceptance by their peers and have specialized expertise that is right for certain situations. While headship is related to formal power that can be cultured transfer. A king, sultan, head of the tribe, for example, each have a power that is relatively independent on the properties of individual characteristics. Their position has the power, rooted of the principles of the kingdom or tribal acceptance by the society concerned.

Then, Hadari Nawawi also identified several matters related to the problem of leadership, they are:

Thus, it could be concluded that leadership is a matter of relationship and influence between leaders and led. Leadership is emerging and developing as a result of the automatic interaction between leaders and led by individuals (there are interpersonal relationships). This leadership can function on the basis of the leader to take power, influence, and mobilize other people to do something for the sake of achieving a particular goal.

From the explanations above, can be drawn a line that the elements are visible in leadership situations include: