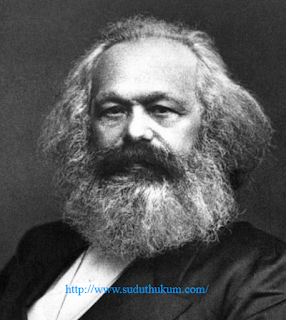 Karl Marx was a German social philosopher and originator of understanding which we now know the name of communism. Marx’s writing throughout the 19th century only to be met by a minority of the scientists, and it was only circulated among his friends among members of radical groups. Even the public when it considers that the idea is farfetched.

In the last moments of his life, then people begin to gravitate towards mainstream thoughts. Starting from where its influence began to grow rapidly, as we have seen together. The world, the influence of Marx succeeded well in self-Vladimir Lenin, the main force behind the Russian Revolution in 1917. A revolution that shocked the world because it managed to destroy the Russian empire.

There are two things we need to consider before know more about Marx. First, as the founder of communism, he did not give a religious theory in detail, because the religious issue is only a part of the totality of his thought. For some time in the 20th century, Marxist idea-even the origin thought and the idea that has been combined with the thought of becoming a philosophy of government so on are set in various parts of the world.

The writings of Marx, for the communists, the same sacred gospel for Christians. Communism has a doctrinal system which cannot be interpreted arbitrarily, have a ceremony, and prominent figures sacred place of its own. He will also have figures of missionaries in just over 50 years has secured millions of followers around the world. Communism also has been carrying out a series of large-scale torture more cruel and vicious than the same events in medieval or war between religions.

Communism not only have theories about politics, society and economics, but also permeated into the whole vision of human life. With the philosophical foundation of human position in the universe, an explanation of the history of the past was able to predict what will happen, in the future.

Second, because the philosophy of Marx very spacious scope. So, the portions offered on the “theory” of traditional religion were very small and not a core part of all thoughts. Marx view was very influential in the modern world, especially among the people who embrace communism.

Even in the many writings Marx, no one specifically and systematically addressed the issue of religion. Indeed, Marx often raised the question of religion in most of his books, but it is only in the form of indirect, by commenting on religion in general. The consequence is, we have to approach Marks thinking in a different way than we use to approach the thought of another theoretician.

In his Communist Manifesto mark saying that since humans first emerged on the surface of the planet, they are not motivated by the “big ideas”, but more driven by material needs, needs that make them survive. This is the first fact that using that materialists in viewing history.

For Marx, history is an arena of conflict.33 In contrast to Hegel, Marx said that Hegel was right when it considers that the alienation and limited movement rooted in the history of ideas and not on the reality of material life. According to Marx, alienation is something that is constructed and the actual. Human actions alone caused them alienated.

And of course, there alienation which “placed” on purpose to others -including those ideas alone but the truth is people who become the real owners. That alienation is most real and is a major source of human misery.

In religion, God is always worshiped and obeyed, but all of it is “belongs to” man. In philosophy, Hegel gives compliments to the Absolute, but it should be addressed to the man who had worked hard toil for life. Even up to the political life, according to Marx, Hegel made the same mistake, because looking at governance in the modern State as an expression of an idea Absolute most visible, with the conclusion conservative that the whole society should undo the wishes and their personal interests for the sake of the interests of kings and rulers.

But, why does the human choose the way and give all of the greatness and obedience to God? It was not because there really is no god or ruler should be obeyed, but because there is something wrong in the human mind -in point of our consciousness. Humans suffer from self-alienation, a separation that is very far from the human nature we should have.